You are here: Home / Public Health

Flu vaccines are recommended for everyone six months of age and older, including healthy adults. It’s especially important to get a flu vaccine if you are:

6 months through 18 years old
50 years or older
Pregnant or just had a baby
Morbidly obese
A health care provider
Living in a nursing or other long-term care home
Living with a weakened immune system or a chronic medical condition (like diabetes, heart disease or lung disease)
Living with or caring for someone under 5 years old, 50 years of age or older, with a chronic medical condition

More information including dates, times and location of flu shots. 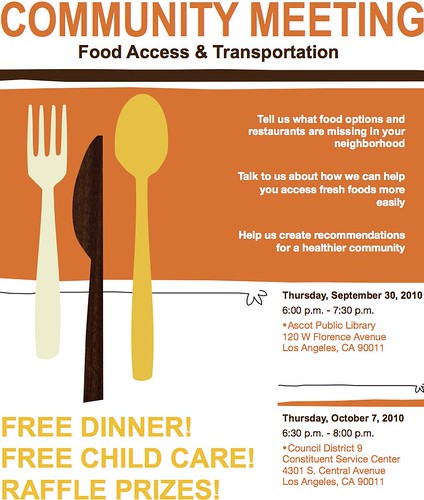 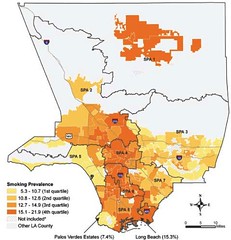 Over the past two decades, Los Angeles County has been a national and international leader in tobacco control and prevention. With a current smoking prevalence of 14%, the County has among the lowest smoking rates of any metropolitan area in the United States. Much of the County’s success in reducing smoking prevalence has been attributed to cigarette tax policy, aggressive anti-smoking media campaigns, smoke free indoor air policies, and other effective local tobacco control programs.

In spite of this success, the Los Angeles County Health Survey reveals that rather than continuing to decline, smoking prevalence among County adult residents has remained fairly steady since 2002. More than one million adults in the County currently smoke cigarettes. Among Los Angeles County teens in grades 9 through 12, the Youth Risk Behavior Survey demonstrated a decline in smoking rates from 26% in 1997 to 12% in 2005. However, as with adult smokers, this downward trend has not continued. Cigarette smoking remains the leading preventable cause of disease and disability, claiming over 8,500 lives — one out of every 7 deaths in Los Angeles County each year. Cigarette smokers may also expose their family members and the general public to secondhand smoke, which causes a broad range of adverse health effects. Tobacco-related diseases cost the County $4.3 billion per year, of which $2.3 billion is for direct healthcare expenditures.

The Department of Public Health is working with communities throughout Los Angeles County to decrease cigarette smoking and exposure to secondhand smoke. In this report, we examine smoking status across geographic areas in Los Angeles County. We hope this report will serve to inform local governments and communities, and facilitate their efforts to reduce tobacco use and the enormous toll it exacts.

Amid an increasing number of mumps cases reported in Los Angeles County, the Department of Public Health is urging residents to be alert for any sign of the disease in their community and to take steps to protect themselves.

“At least nine cases of mumps have already been reported in Los Angeles County this year, six of which have been confirmed,” said Jonathan E. Fielding, MD, MPH, Director of Public Health and Health Officer. “By comparison, seven cases were confirmed countywide in all of 2009, seven in 2008, and five in 2007.”

Four of the confirmed cases have occurred in the past two months and may be related to the multi-state mumps outbreak affecting the Hasidic Jewish population that was first seen in this country on the East Coast. Specifically, cases have been detected in congregate settings such as schools, colleges, and community centers.

Mumps is a vaccine-preventable viral illness that is transmitted by coughing and sneezing. Symptoms begin from 12 to 25 days after exposure, and include swelling of salivary glands, fever and inflammation of the testes in teenage and adult males. Up to 20 percent of infected individuals may be asymptomatic, however. Symptoms tend to decrease after one week and usually go away after 10 days, but in some cases the illness can cause severe symptoms that include inflammation of the testicles, meningitis and encephalitis.

“The best protection against the mumps is to make sure that you receive the measles-mumps-rubella vaccination,” said Dr. Fielding. “If you develop mumps symptoms, avoid congregate settings where you could spread the disease to others, and contact your doctor immediately.”

Unimmunized children under age 19 who do not have health insurance or a regular source of health care can receive low-cost or free mumps vaccine through a Public Health center (during vaccine clinic hours), or through their local community health center.