You are here: Home / Mark Ridley-Thomas 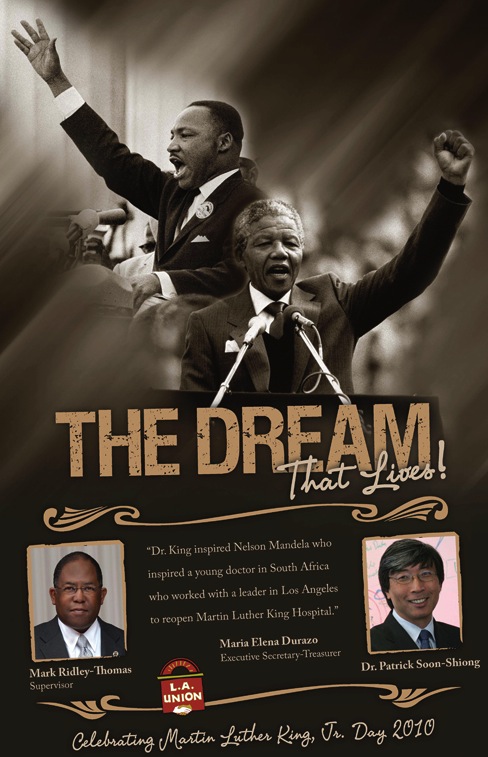 Supervisor Mark Ridley-Thomas hosted a day of revitalization and empowerment at Roy Campanella Park in Compton on June 20, 2009. Experts from various County departments, non-profit agencies and community based organizations were on hand to provide essential information and resources. The above short video shows highlights from the great event.

A county supervisor said today he will ask the Board of Supervisors to offer a $10,000 reward for information leading to the arrest of a man suspected of killing his 6-year-old stepson in South Los Angeles.

Los Angeles County Supervisor Mark Ridley-Thomas wants the reward posted for Marcas Fisher, 36, who is accused of fatally beating Dae’von Bailey July 23 at a home in the 800 block of East 87th Place.

Fisher, the child’s last known caretaker, was nowhere to be found when officers arrived, police said.

“The entire community has a responsibility to help bring the perpetrator to justice, and we offer this reward for whomever comes forward to do that,” Ridley-Thomas told City News Service.

“This is a test of our regard for the protection and safety of our children,” Ridley-Thomas said. “No county can be proud of itself under these circumstances. We need to rally every moral fiber to apprehend the suspect — and those that might be harboring the suspect.”

The county Department of Children and Family Services had received repeated reports that Fisher had been abusing the boy, but left the child in his care. As a result of the boy’s death, the agency is increasing administrative oversight of child abuse investigations.

“We believe there are people that he knows that have been harboring him and helping him from being captured by police,” Gannon said.

The arrest warrant alleges one count each of murder and assault on a child causing death. When Fisher is captured, bail will be set at $2 million, officials said.

Gannon said Fisher should be considered dangerous, and is on probation for burglary and narcotics violations.

He was in jail last month on suspicion of drunken driving, according to the Los Angeles County Sheriff’s Department Web site, which lists his release date as June 28.

Gannon urged anyone with information about Fisher’s whereabouts to call police at (213) 485-2801 during normal weekday office hours or (877) LAPD-24-7 around the clock. Tipsters can remain anonymous.

Yesterday Supervisor Mark Ridley-Thomas participated in the Harambee — read aloud and responded to questions from the children attending Freedom School, one of three Freedom School programs currently operating in California. During the morning Harambee, a 30-minute activity to celebrate and affirm the value of each participant and prepare for the work and learning ahead, the Supervisor read about Ella Baker, an historic figure who was a freedom fighter and history-maker. He also responded to questions such as, “What does a Supervisor do?” A former teacher, Supervisor Ridley-Thomas engaged the students, mostly elementary and middle school-aged, in a lively and informative interaction.

The Children’s Defense Fund (CDF) operates Freedom Schools throughout the country. There are plans to establish several programs within the 2nd Supervisorial District next summer. The CDF Freedom Schools program provides summer and after-school enrichment through a model curriculum that supports children and families around five essential components: