You are here: Home / Assessor

Los Angeles County Assessor Robert Quon announced completion of a decline in value review of homes in Los Angeles County. All single-family residences and condominiums purchased between July 1, 2003 and June 30, 2009 were included in the review. In some hard-hit areas, notably the Antelope Valley, homes purchased as far back as the 1980’s were reviewed. Quon stressed that because of the declining real estate market, it was his responsibility to continue the ongoing, pro-active commitment of the Assessor’s Office to review values to make sure homes are properly assessed. Similar reviews were done in 2009 and 2008 resulting in lower property taxes for over 330,000 homeowners.

Of the 560,000 homes reviewed this year, there are now approximately 290,000 single-family residences and 115,000 condos with reduced values as a result of the declining real estate market. The lower assessments will be reflected on the tax bills issued in October.

Quon noted that nearly all of those homeowners whose property values were reduced in previous years will either see the lower assessment continue for 2010 or, in some cases, reduced even further.

“We have begun mailing the results to property owners included in the review and all the notices should be received by June 30, said Quon. “Owners who disagree with the results of the review or whose property was not reviewed, including property other than single-family residences or condos, may file the simple, one-page Decline-in-Value application found on our website.”

This year the application can be filed online at www.assessor.lacounty.gov. The application form can also be downloaded or requested by calling 888-807-2111. The deadline for filing a Decline-in-Value application is November 30.

“Our free review also eliminates the need for most taxpayers to go through the application process, and hopefully will curtail the scam mailers from some private companies offering to submit a review application for a substantial fee,” Quon said.

The LA County Assessor has a great career opportunity opening for an “Appraiser Trainee/Real Property”. Applications must be filed between July 14, 2009 and July 16, 2009. 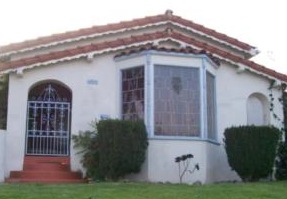 Los Angeles County Assessor Rick Auerbach today announced completion of a decline in value review of 473,000 homes and condominiums in Los Angeles County. Auerbach stressed that due to the declining real estate market, it was his responsibility to review values to make sure homes are properly assessed.

“We have begun mailing results of the review to owners of single-family residences and condominiums purchased between July 1, 2003 and June 30, 2008, and, in some hard-hit areas, as far back as 2000,” said Auerbach. “Our review will result in lower assessments on 333,000 homes and will be reflected on the tax bills issued in October.”

“Our free, proactive review also eliminated the need for most taxpayers to go through the application process, and hopefully will curtail the scam mailers from private companies offering to submit a review application for a hefty fee,” Auerbach said.

Homeowners whose property was reviewed will be notified of the results in writing by June 30. If they disagree with the decision, they should contact the nearest Assessor’s District Office and discuss the results. If owners still disagree with the value, they may file an appeal with the county’s Assessment Appeals Board. The deadline for filing an assessment appeal is November 30.

Owners whose property was not reviewed, including property other than single-family residences or condos, and who believe that their property is assessed above its actual value as of January 1, 2009, should file the simple, one-page Decline-in-Value application. The form can be downloaded from the Assessor’s Website at http://assessor.lacounty.gov or an application can be requested by calling 888-807-2111.

There will be no change to the cost of an additional ounce of first-class mail, which will remain at 17 cents, while the cost of a postcard will rise by a penny to 29 cents.

Despite the rise in the cost of a first-class stamp, Forever Stamps can still be used — without a 2-cent stamp being added — no matter when they were purchased.

The increase in the price of a first-class mail stamp will represent an additional $3 to the average household over the course of the year, according to Postmaster General John Potter. 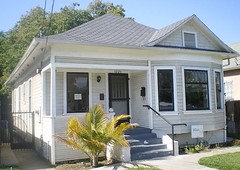 Los Angeles County Assessor Rick Auerbach announced that property owners can find out if their home or condominium is one of the approximately 500,000 properties involved in a decline in value review, which could lead to lower property taxes without needing to file any forms.

Logging on to the Assessor’s website at www.assessor.lacounty.gov and entering an address or Assessor Identification Number (AIN) will show whether a single-family home or condo is part of the review which includes properties purchased primarily between July 1, 2003 and June 30, 2008. In some particularly hard hit areas of the county, the review will include properties purchased as far back as 2000.

There is no charge for this review and no forms to file. Owners of property included in the review will be notified of the results by mail before the end of July.