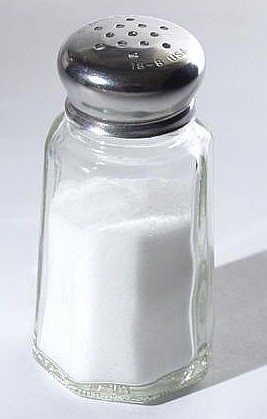 The Los Angeles County Department of Public Health released a report showing that reducing daily salt intake can potentially lead to substantial decreases in the number of Angelenos with hypertension (high blood pressure) in the county, and saving many millions of dollars in annual treatment costs. The study found that if Angelenos, who on average take in about 50% more salt than recommended, could collectively decrease their average intake by just 20% (687 mg of
sodium) per day, it would result in a decrease of about 52,629 hypertension cases in the county and an annual cost savings of $102 million dollars.

Hypertension is a chronic condition that greatly increases the risk of medical complications and death from cardiovascular and kidney diseases, such as heart attack, stroke, heart failure and end-stage kidney failure. In LA County, 48% of adults ages 45-64 years have hypertension, with the highest rates found among African Americans. Elevated blood pressure is increasingly becoming a problem among children ages 8-17 years, with greater increases seen among Hispanic and African American children.

The Dietary Guidelines for Americans, published by the U.S. Department of Health and Human Services and the U.S. Department of Agriculture, currently recommends that each person consumes, at most, 6 mg of salt (2,300 mg of sodium or 1 teaspoon of salt) per day. This figure is even lower (1,500 mg or 2/3 teaspoon per day) for those that have high blood pressure, are over 40 years of age, or are African American. Most Americans consume, on average, more than 3,400 mg of sodium daily; this is 48% more than the recommended limit.

“The most important thing consumers can do is look at the label; low calorie does not always mean low salt,” said Dr. Fielding. “While restaurants and food manufacturers look at ways they can decrease salt in the foods they prepare, consumers can protect their health by reading nutrition labels, familiarizing themselves with healthy sodium numbers and creating healthier home recipes using less salt.”

With more Americans eating away from home, processed and restaurant prepared foods now account for more than two-third of the salt consumed in the U.S. The report recommends preparing and eating more fresh food at home and reading food labels or asking for salt content information when eating at restaurants. Research shows that lowering the amount of salt in one’s diet can be done with minimal changes to taste when salt reduction is done gradually over time.